Question: what links picking the right clearance sale discounts in order to maximise revenue and sales for a bricks-and-mortar fashion retailer, and a fleet of self-replicating space probes disassembling the planet Mercury for parts in order to build a “Dyson swarm” of energy collectors about the sun, accelerating mankind from a Type-0 to a Type-2 civilisation on the Kardashev scale and allowing us to contemplate galactic domination?

Answer: John von Neumann, one of the 20th Century’s most brilliant mathematicians – and one of the leading lights in the field of applying maths to improve complex human systems: Operational Research (OR)!

Over a short but prolific career, von Neumann advanced many separate branches of mathematics: game theory, fluid dynamics, set theory and geometry to name a few.

Initiating the study of cellular automata, he introduced the idea of his eponymous probes, having information enough to manufacture copies of themselves, setting forth to harvest moons and asteroids in order to construct vast infrastructure projects across the solar system.

In tandem with another brilliant mathematician, George Danzig, he also developed Linear Programming, and with it, the field of operational research. Complex combinatorial decision problems could be feasibly solved for the first time – including (although we think it was a problem von Neumann overlooked) the optimisation of clothes prices to maximise revenue within a clearance sale!

At PreWarp, we specialise in providing off-the-shelf operational research optimisation solutions to the fashion world (we hope to establish self-assembling Dyson swarms as a new vertical in the future ;) ). 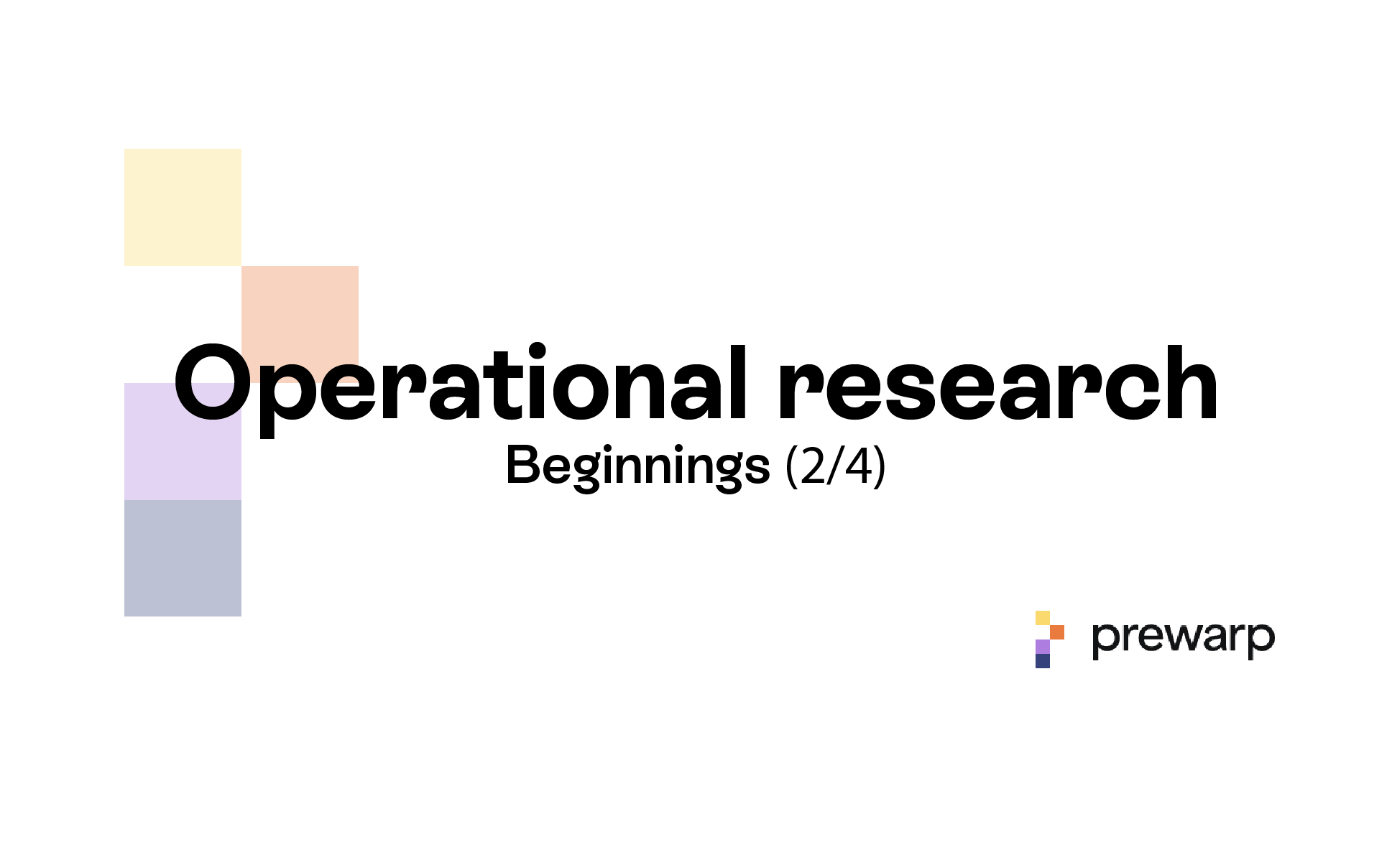